School proprietors must dialogue with parents; Should not impose fees 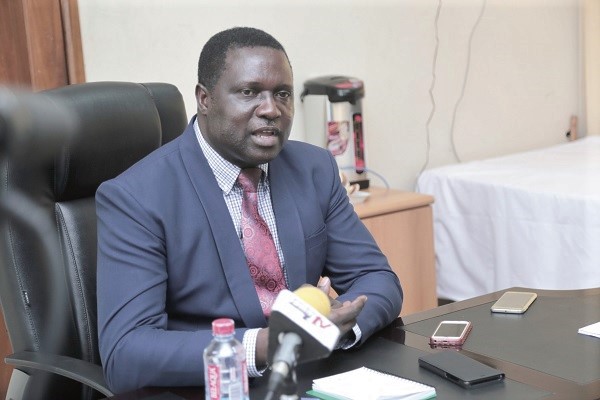 A Deputy Minister of Education, Dr Yaw Osei Adutwum, has urged operators of private schools to dialogue with parents and guardians before arriving at decisions that affect the smooth administration of the schools.

He said such dialogue would promote harmony and good relationships between the two parties, especially, in this period of the coronavirus (COVID-19) pandemic and its aftermath.

In an interview with the Daily Graphic over reports that some private schools had asked parents to pay fees for the third term though schools remain closed as part of directives by the government to contain the spread of the virus in the country, he said there was no direct policy on what should be expressly done in such a situation because the country had not gone through such an experience before.

The minister, however, said school proprietors should not impose payment of fees on parents, particularly, at this time without reaching a consensus.

And since there seems not to be a policy that strictly gives direction on this specific issue, it will be best for the two parties to agree on what has to be done.

“The government would not get in the way but would make sure that there is dialogue taking place so that nobody feels cheated,” he added.

President Nana Addo Dankwa Akufo-Addo asked schools to close on March 15, 2020, after Ghana recorded its first case of the virus on March 12, 2020.

To help the children and students catch up with academic work, the ministries of Education and Communications jointly developed a programme on Ghana

Television where various subjects are taught.

Some of the private schools are also running virtual classes for pupils and students. As a result, some private schools have asked parents to pay fees for the third term since the second term academic programme ended before Easter in April.

A number of schools have written to parents informing them of the fact that the third term would resume as soon as the restrictions on gathering was lifted.

Some parents have, however, described the request by the schools as illegal because they were being asked to pay for services the school had not rendered.

Dr Adutwum, who is in charge of Pre-tertiary Education, said since schools were undertaking instructions online in agreement with parents, they could charge some fees (not as though school was in full session) for the services they were running and the use of internet data.

“The thing is, school is not in session, but there are some schools that are fully operational online like the Ghana International School. In that case, the school gave the parents some discounts because they have realised that if they are going online it will cost them data.

The Executive Director of the Ghana National Council of Private Schools (GNACOPS), Mr Enoch Kwasi Gyetuah, said about 94,000 teachers from over 4,300 private schools in the country had not been paid due to the challenges imposed by the coronavirus outbreak.

Some schools offered pay cuts to their staff for the months of April and May.

Mr Gyetuah said notwithstanding the challenges the schools were facing, parents could demand explanations from school authorities over why they were being asked to pay school fees.

He further said that if what schools were currently doing did not pass as education delivery, they were not justified in the collection of fees.

Mr Gyetuah said educational delivery entailed that teachers and students must be able to have better interactions through feedback mechanisms; however, the use of social media platforms did not qualify for that.