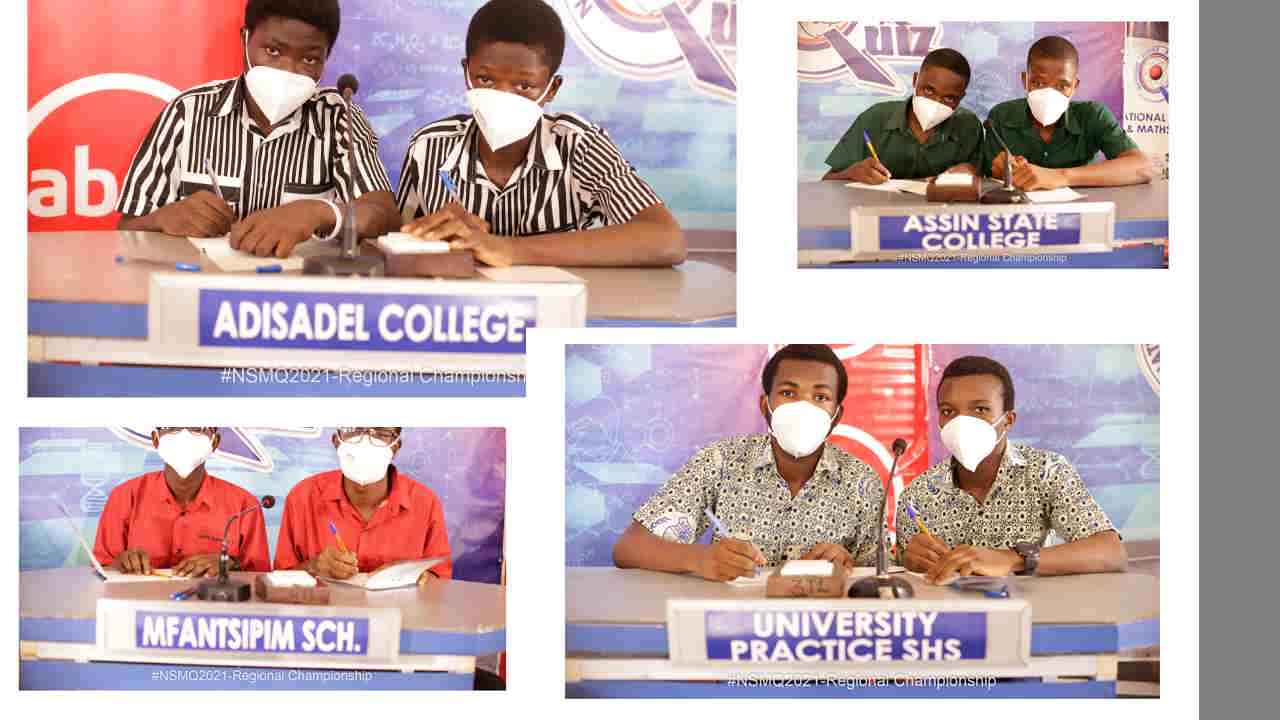 Assin State College also won their semi-final contest with 43pts as against 39pts and 35pts of Ghana National College and Winneba SHS respectively. The contestants did an impressive job right from their qualifiers.

University Practice SHS comes into the final with hard work, also right from the onset at the group stages. In the semi-final they beat Boa Amponsem SHS and T.I AMASS, Potsin with 30pts booking an enviable slot in the regional finals.

In their semi-final contest, Adisadel College took on Aggrey Memorial Zion SHS, Holy Child School, and Edinaman SHS. The Zebra boys dominated the contest and won with 42pts as against the closest contender, Edinaman SHS 26pts.

The final contest promises to be a banger, as the bragging right at stake is more enormous than just the trophy.