A minister is a politician who heads a ministry, making and implementing decisions on policies in conjunction with the other ministers.

Below are the List of Current ministers in Ghana

President Nana Akufo-Addo has submitted to Parliament for the approval, through the Speaker, Alban Bagbin, a list of names for appointment as Ministers in his new government.

This list includes the names of some 46 persons expected to fill the ministerial positions and support the president to fulfil his mandate in the next four years.

Ahead of this official statement, the Head of Communications, at the Presidency, Eugene Arhin issued a communique indicating that the total number of Ministers to be appointed by President in his second term will not exceed 85.

This is in sharp contrast with the 126 ministerial appointments that characterized his first term in office.

Although the president maintained many of the appointees from his previous term, a few notable ones did not make the cut this time around.

Key among those who were excluded from this list of nominees are Senior Minister, Yaw Osafo-Maafo, Minister for Local Government, Hajia Alima Mahama, Railways and Development minister, Joe Ghartey, Ministry of Works and Housing Samuel Atta Akyea and Attorney General and Minister for Justice, Gloria Akuffo. 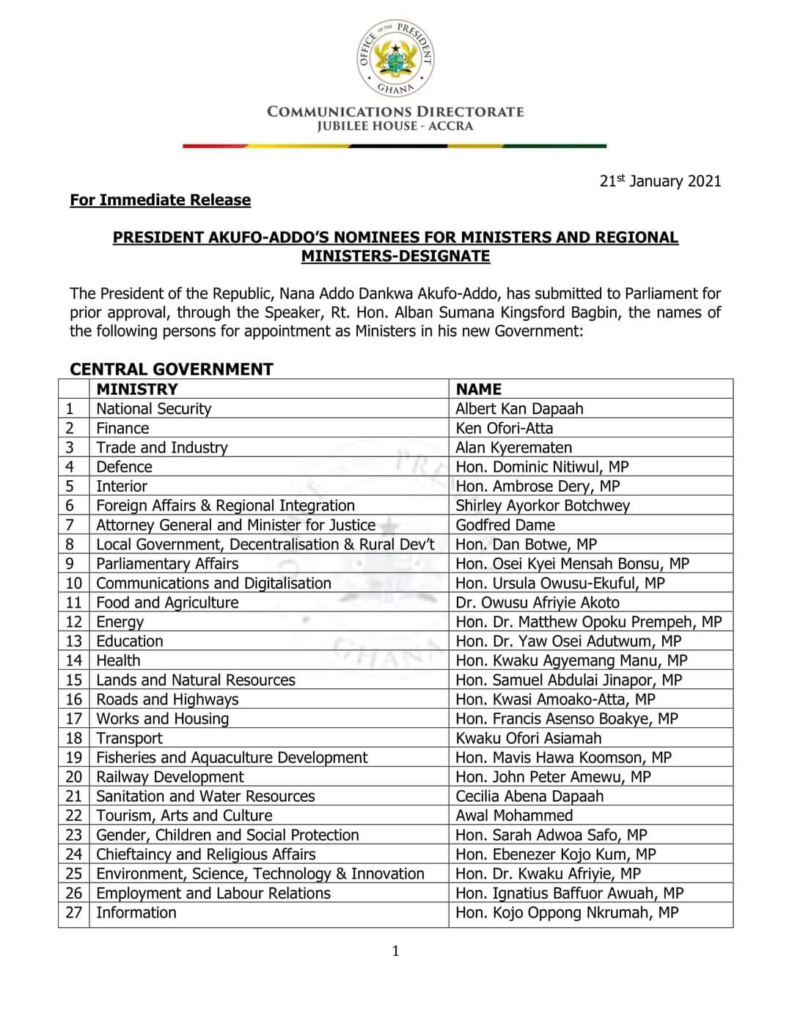 However, some of the appointees who served as deputy ministers in Akufo-Addo’s first term have had their portfolios elevated into substantive ministers of their respective ministries.

The Deputy Education Minister, Dr Yaw Adutwum, and former Deputy Attorney General, Godfred Dame have both been elevated to serve as substantive ministers.

Ken Ofori-Atta has been maintained at the Finance Ministry alongside Alan Kyeremanten who will keep his position as the Trade Minister.

The MP for Ablekuma West, Ursula Owusu-Ekuful stays at the Communications Ministry while MP for Ofoase-Ayirebi, Kojo Oppong-Nkrumah will continue to serve as Information Minister. 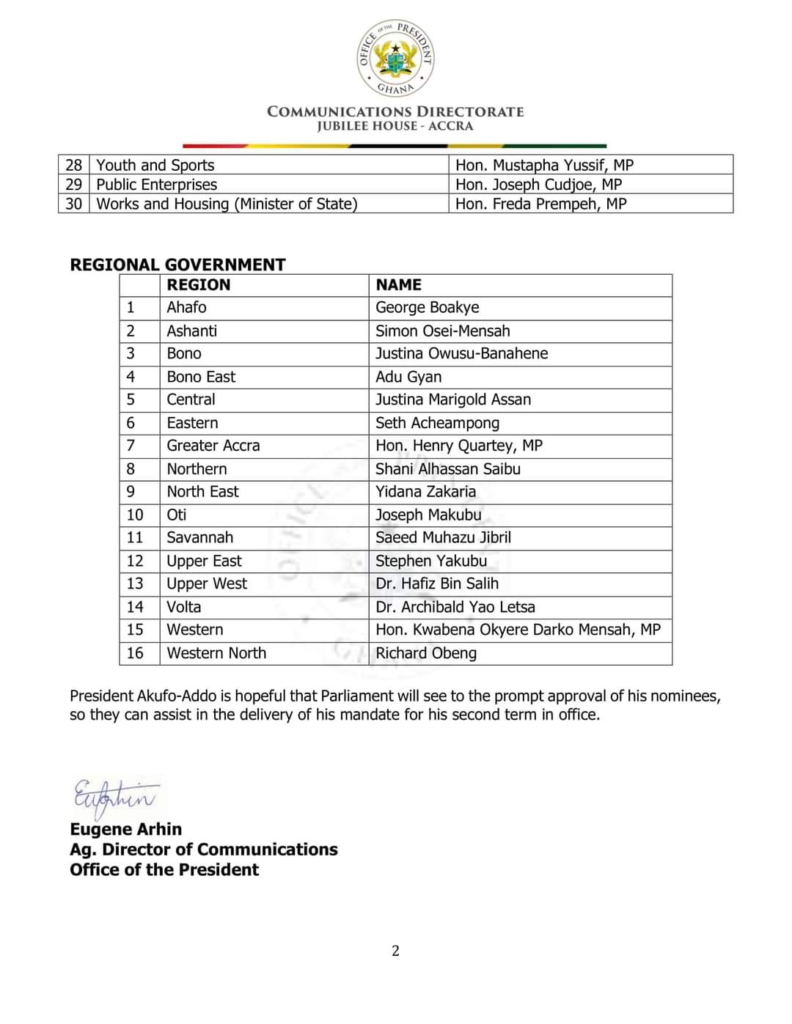 Meanwhile, some new faces have been introduced.

The MP for Ahanta West, Kojo Kum has been posted to the Chieftaincy and Religious Affairs Ministry, whilst the Lands and Natural Resources Ministry will be headed by the MP for Damongo, Samuel Abdulai Jinapor.

Further, a total of seven ministries, namely Aviation, Business Development, Inner City and Zongo Development, Monitoring and Evaluation, Planning, Regional Re-organisation and Development, and Special Development Initiatives, have either been absorbed into or aligned with other ministries or government agencies.

The Office of the Senior Minister has, however, been abolished.

According to the President, the special-purpose Ministries have all achieved the purposes for which they were established, hence, the changes.