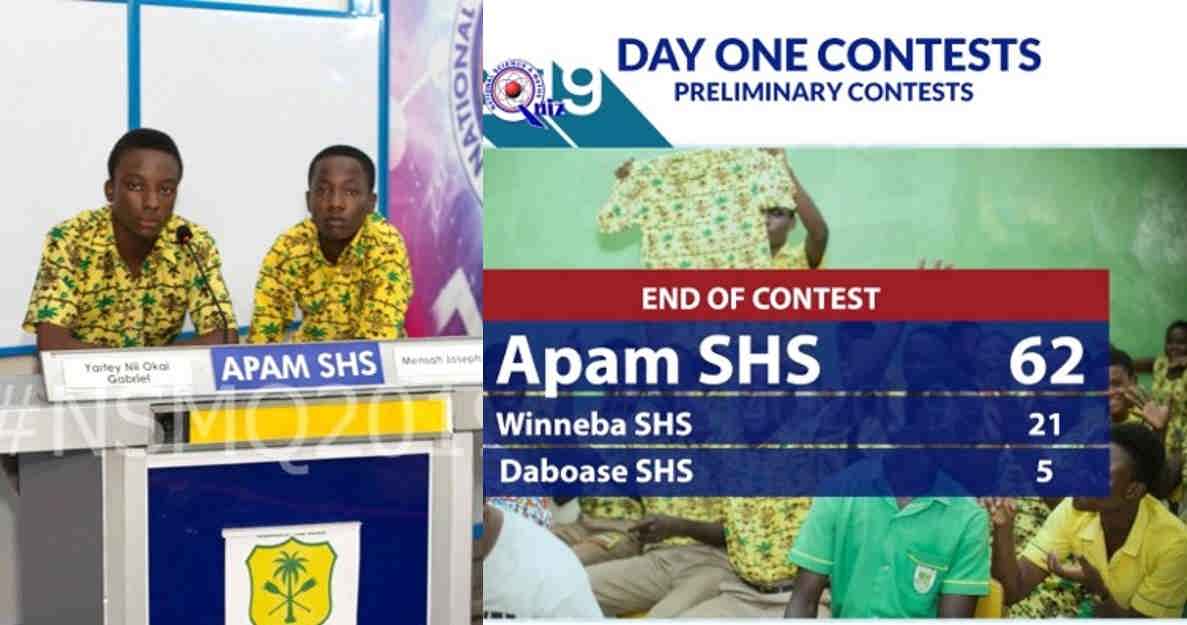 The most-watched academic competition and rivalry have kicked started for the preliminary stages where 108 SHS will battle it out for a slot in the one-eight stage to keep their chances of winning the newly branded trophy and the super fantastic prizes.

One of the opening contests, on 17th June 2019 was the show between Apam SHS, Winneba SHS, and Daboase SHS, which was lit and entertaining as Apam Senior High dominated right from the first round through to the riddles round.

At the end of the first round, Apam SHS was leading with a clear margin of 16pts trilled by Winneba SHS with 9pts and Daboase SHS with 4pts.

The team from Apam SHS lead by Gabriel and Joseph took the show into the riddle-stage where they completely floored their friends Winneba and Daboase schools. They dominated this round too and wowing their fans by answering the last riddle on the first clue with a cool 5pts, which is the highest for any riddle answered.

It was an electrifying moment for the students, old folks and admirers of Apam SHS.

The contest ended with Apam SHS garnering 62pts which is the highest so far at the prelim stage, which may remain as one of the highest if not the highest. Winneba SHS maintained their 9pts likewise Daboase SHS 4pts. 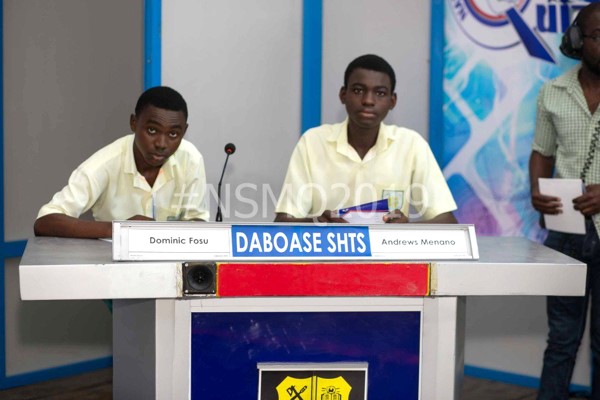 Congratulations to all the contests from all the schools, it is by show of your brainy prowess do we all take pride. Let the fun continue.

The contest is ongoing at the University of Ghana Legon campus at the Amegashie auditorium and New N block.