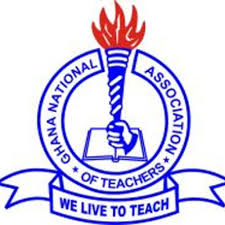 The Ghana National Association of Teachers (GNAT) has called on authorities to arrest students who perpetrate violence against its members facilitating the ongoing examinations in senior high schools across the country.

According to Philipa Larson, reports of threats of assault on teachers over the West African Senior Secondary Certificate Examinations (WASSCE) is worrying and must be nipped in the bud.

This follows disturbances perpetrated by some students over what some describe of strict supervision.

On Thursday, students of Bright Senior High School at Kukurantumi in the Eastern Region attacked officials of the West African Examination Council (WAEC) supervising the exercise.

A journalist with the Daily Graphic in the Region who had gone to the school to report has also been assaulted by the students leaving him with severe injuries.

Final year students of the Tweneboa Kodua Senior High School in the Ashanti Region rioted on August 3 which resulted in the destruction of property during the writing of the WASSCE Integrated Science paper.

Some students also claim the past questions distributed by government did not reflect in the final paper, contributing to the rationale behind the pockets of vandalism recorded in schools in parts of the country.

Speaking on PM Express, the GNAT President described the rate of reports as unprecedented adding that “the fact that government has provided you with past questions doesn’t mean they will come and answer the questions for you.”

On the threats of attacks, Philipa Larson said it was criminal and called on the Ghana Education Service the police to arrest perpetrators.

“I would want the GES and other security agencies will have to come in and arrest people they have to arrest because threat is also criminal. We will not sit down for our member to be threatened,” she told Evans Mensah August 4.

Meanwhile, the Ghana Education Service (GES) has directed school authorities to deboardenise any student established to have been involved in any of the protects and acts of vandalism during the period.

The GES Director-General, Prof Kwasi Opoku-Amankwa in a statement noted that any destruction of school property should be surcharged against students found guilty of the riot adding that criminal acts committed should be reported to the police for investigation.