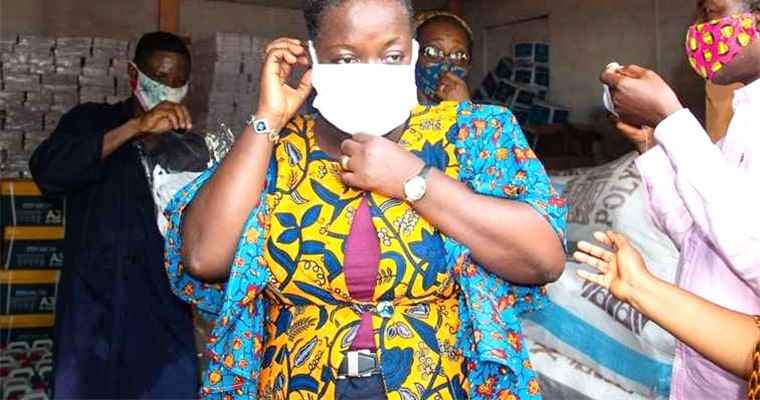 The Management of the University of Ghana (UG) is set to begin the distribution of face/nose masks to final year students who have currently reported on campus, the Head of Halls, Dr. Wiafe Akenteng has reported.

The Head of halls disclosed to UniversNews that the various halls of residence have placed their orders and distribution to them will be completed the latest by Friday, June 19.

“The nose masks provided by the government are ready. Yesterday the Pro-Vice Chancellor, Registrar and I, went to the estate to inspect. And now the halls have also placed their orders so between today, Monday, and at most by Friday, they would receive them,” he said

According to him, the government’s nose masks come to multiply the ones provided by the University as they have since the outbreak of the novel virus been proactive in ensuring that members of the University community were safe by observing the safety protocols.

“As soon as face to face lectures were suspended, arrangements were made by individual halls to provide face masks, sanitizers, veronica buckets and that has continued to date, so the one’s government has provided will supplement the ones we already have,” he added.

Speaking on accommodation, he said arrangements have been made for final year students who wish to return to campus.

He furthered that students would be required to fill and sign off three forms; a COVID-19 Screening Questionnaire, Infection Prevent and Control Agreement, and a Student Hall/Hostel Residence Consent & Waiver Form.

He however noted that without the signing of the three forms students would not be admitted into halls/hostels on campus.

“The arrangement is that as long as you have registered online and physically present in the hall, you will be attended to and given a room”. he said.

President Akufo-Addo in his eleventh nation’s address indicated that Personal Protective Equipment (PPEs) and logistics had been made available to be distributed among the 234 universities across the country.

A team from the Ghana Armed Forces on June 13, this year supervised the distribution of the PPE’s and logistics to the 234 tertiary institutions across the country.