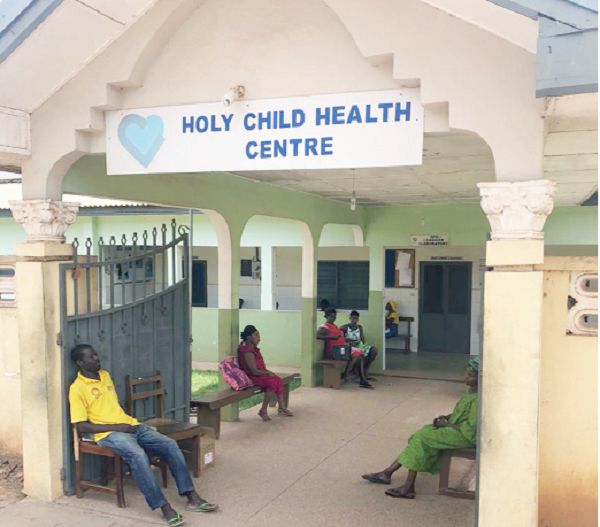 More than 70 students of Archbishop Porter Girls’ Senior High School (SHS) in the Sekondi/Takoradi metropolis were yesterday dawn rushed to the Holy Child Hospital at Fijai Junction after they had eaten vegetable salad sold at the school’s food shop.

The incident brought academic work at the school to a standstill, as the attention of the authorities was focused on conveying the affected students to hospital for treatment for what appeared to be food poisoning.

The students are said to have eaten the vegetable salad late last Thursday night, but started vomiting and complaining of dizziness, pain and frequent visits to the loo at dawn yesterday.

The medical team at the hospital said the affected students were suffering from suspected food poisoning.

At the hospital, the Medical Superintendent, Dr Sylvester Fameye, described the incident as a “suspected case of food poisoning” and that the influx of the students had overwhelmed the hospital.

He said a team from the hospital had been mobilized to visit the school to attend to more students in the infirmary.

Dr Fameye said from what he gathered from the students, the school’s vendor who prepared food with vegetable salad sold food to them last Wednesday.

However, the students claimed that the vendor kept the remaining of the packed food, with the vegetables, in the refrigerator and sold it to them the following day (last Thursday).

“Therefore, those who bought that food which was kept in the fridge and ate had what appeared to be diarrhoea apparently as a result of the food poisoning. We have about 60 of the students here,” he said.

Dr Fameye said the Headmistress of the school, Mrs Charlotte Asiedu Musa, explained that the food the students ate did not come from the school’s kitchen and that explained why a limited number of students were affected.

He assured parents that the hospital was in the position to handle all the cases and that the situation was under control.

Dr Fameye said after the students had been stabilised and treated, they would be made to return to school to continue with their academic work.

Mrs Musa confirmed the incident but also said the situation was under control.

The medical team, she said, was able to address the situation such that many of the students were able to return to the classroom.

She said the team had taken samples of the vegetables for laboratory examination and that the school was awaiting the report.

History of food poisoning at Porters

In February 2010, about 200 students from the school were rushed to hospital because of what appeared to be a case of suspected food poisoning.

That incident, which also occurred at night, saw medical officers at the regional hospital work throughout the night to attend to more than 200 students who suffered complications from the suspected food poisoning.

Later, the Food and Drugs Authority (FDA) took samples of food served the students and other foodstuffs from the school’s storeroom for laboratory analysis.