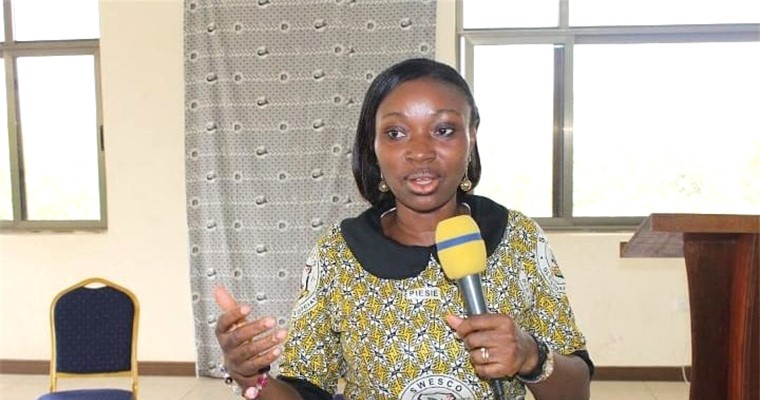 The newly appointed Headmistress had her secondary education at Swedru Secondary School from 1988 to 1993 where she graduated with a GCE ‘O’ LEVEL Certificate. She furthered her studies at OLA Training College, Cape Coast, where she obtained her Certificate A. Ms. Golda Andam’s then continued to the University of Education, Winneba, for the Bachelor’s Degree in Education (English).

She currently holds a Master of Arts Degree in the English Language from the University of Cape Coast.

The Vice President and Piesie Ernest Obeng Apau, Assistant Secretary of the Old Swesconians’Association in a congratulatory message signed by Piesie Dr. Kenneth Baidoo commended Ms. Piesie Golda on her new appointment as the Head of her Alma Mater and encouraged all old students to support her tenure in office.

Ms. Andam taught at St. Augustine’s College between 2004 -2010 where she became the P.T.A Assistant Secretary. She continued to the Academy of Christ the King from 2012 to 2018 where she was the Head of the Languages Department for four years.

She was later appointed the Assistant Headmistress of Wesley Girls High School, Cape Coast, from 2018 until she became the Headmistress of Swedru Secondary School in May 2020.

Ms. Andam in an interview with the Ghana News Agency said she was impressed with the number of Swesconians in the field of Education, adding that “l did not even dream of it before but what God has destined always comes to pass, so to God be all the glory, great things He has done.”

She noted that there were good practices, which when enforced steadily, would yield good results. “With God in control, l will ensure that all curricular and extra-curricular activities are carried through to the letter.”

Ms. Golda said she would work hand in hand with the staff and the Board as a team to make the institution the best in the country, which she would need the full support of all stakeholders, particularly the Old Students.