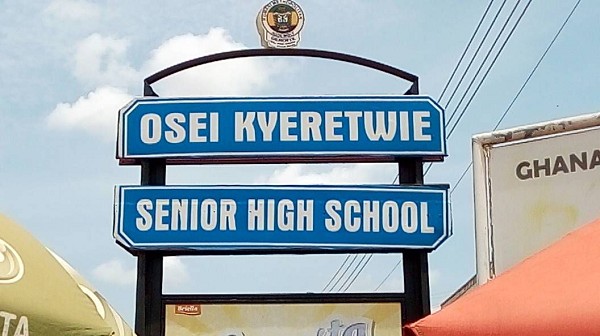 The Metropolitan Chief Executive (MCE) for Kumasi, Osei Assibey Antwi, has said calm has been restored at the Osei Kyerekwie Senior High School following Wednesday night's killing of one student.

The police have already announced the arrest of two suspects. But the MCE tells Citi News security has been beefed up at the school.

“The police are seriously working on the matter, Security has been beefed up around, and inside the school, I have had meetings with the security, and they will do a serious investigation to unravel the mystery behind the issues,” he said.

A 19 student of Osei Kyeretwie Senior High School in the Tafo-Pankrono Municipality of the Ashanti Region, was identified as Godfred Arthur was stabbed to death on Wednesday night by an unknown assailant.

The Assailants invade the school around 10: 00 pm and attacked students, reasons for the attack is still being investigated.

Aggrieved parents also blamed the absence of a fence wall around the school for the incident.

But the Board Chairman of the school, Owusu Appiah, said the school was unable to build a fence wall because of long-standing litigation over the school's land.

“For so many years, we have been fighting for this fence issue. It is something that is being contested by some landlords that they bought the land from some chiefs. But this land given to OKESS is gazetted. We are waiting for the litigation to end,” he said.

So far the police have arrested two persons in connection with the incident.