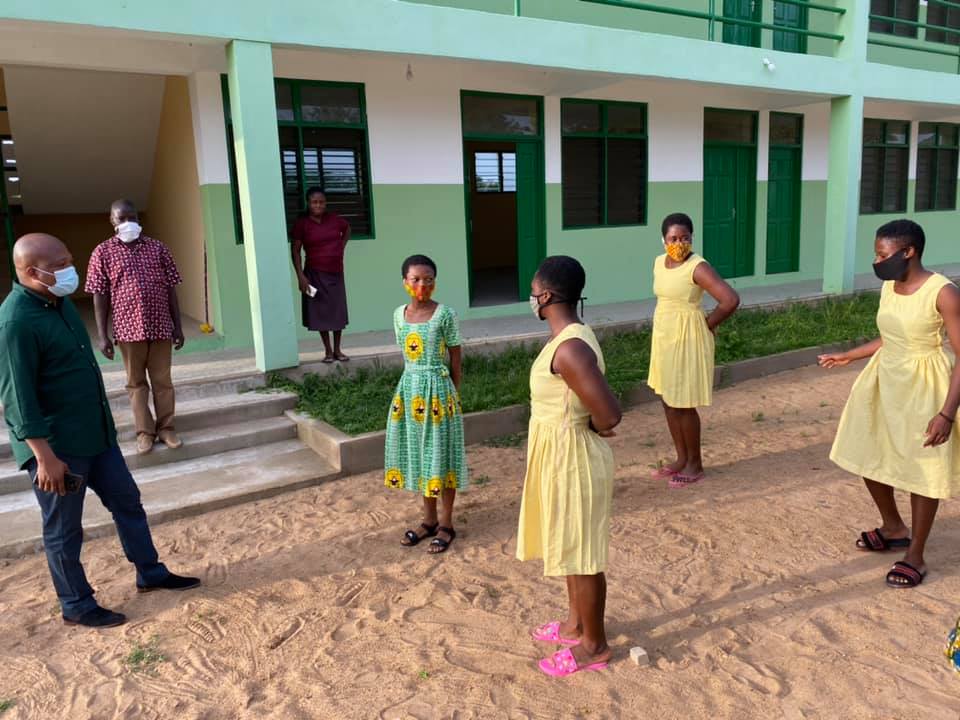 According to Thomas Musah, the General Secretary of the Ghana National Association of Teachers (GNAT), his thorough checks in various Senior High Schools indicates that not all schools have been equipped with the Personal protective equipment (PPEs).

The General Secretary speaking on the Accra-based Kasapa 102.5 FM on Anopa Kasapa monitored by Georgeweb.org said according to information at hand, several schools are lacking the critical accouterments to safeguard the student’s population as well as the teaching and non-teaching.

“I went to three schools yesterday, WASS, PRESEC and one other, and the general condition was satisfactory. It was only the third school that I realized that they were not checking the temperature of visitors and I escalated the matter and brought it to the attention of the Head, which was resolved. he claimed.

He however insisted that GNAT has been informed not all schools have received the PPEs, adding that “one school I went to yesterday, they told me that the Assembly is yet to deliver the PPEs”.

Thomas Musah stressed that “It’s early days yet, and we’re giving them the benefit of hindsight. From next week the SHSs have no excuse to tell the public they are still lacking PPEs.

Meanwhile, the Ministry of Education has said it has had a generally good report from the regions in respect of the government’s supply of PPEs to schools in the fight against the novel coronavirus, as SHS 3 and form 2 Gold track Senior high schools students report to school on June 22.

The Secretary observation is in contradistinction to the Education Ministry and the Ghana Education Service claims that all Senior High Schools across the country have received their share of the government’s COVID-19 logistics.

The Ministry of Education in a statement indicated that over 80% of the PPEs have been delivered to schools and that deliveries are ongoing.