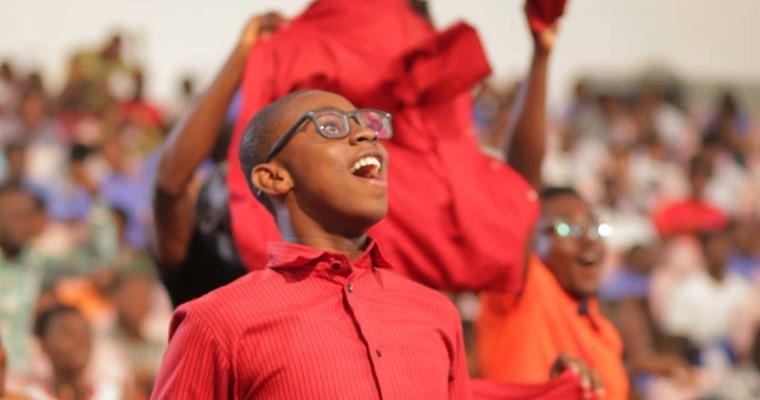 It is undoubtedly getting much more interesting, shocking and hilarious as the National Science and Maths Quiz reaches its quarter finals stage.

This is the stage of the clash of Titans, so much that one will have to be prepared for either a victory or defeat else will go home with serious headache. Simply because the tension and emotions can be visibly felt in the auditorium and even on social media where patrons of the contest are earnestly following. 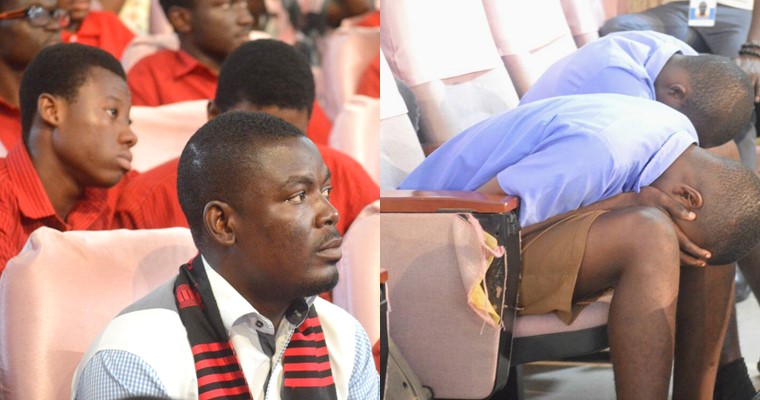 The first contest in the Quarter Finals was a big game which featured PRESEC Legon, Mfantsipim and KNUST SHS.

Barely an hour to the big clash, supporters of both school had fully filled the R.S Amegahsie Auditorium such that there was an overflown as people had to watch proceedings from the outside, upstairs and basement of the auditorium with screens mounted to broadcast the live stream.

In fact, it was a sight to behold. And the PRESEC Legon boys, both current and old boys had besieged the auditorium and its surrounding awaiting a victorious celebration. 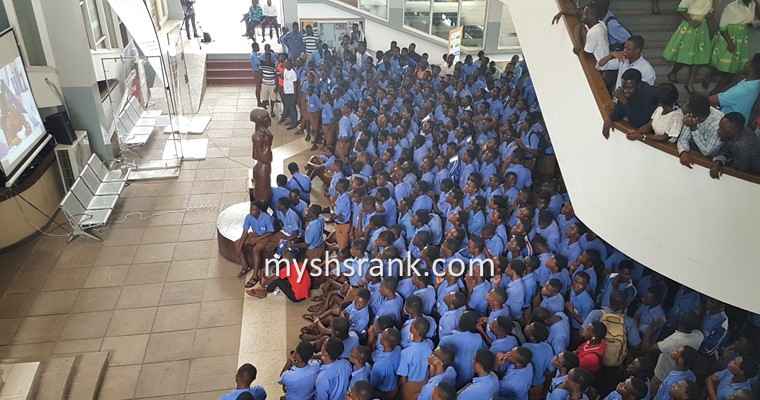 images of an overflow of the main auditorium. 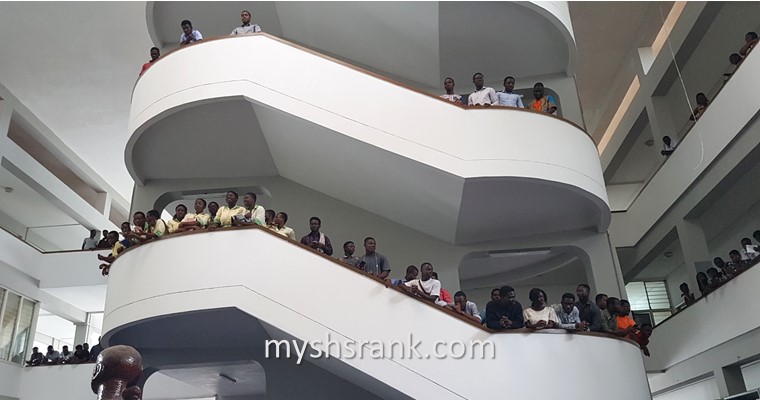 Soon the contest began with each school being steadfast answering their first questions with resounding applauds from supporters all over the auditorium.

Mfantsipim and PRESEC were matching each other boot to boot in the very beginning until the end of round one where Mfantsipim took a 7pts lead ahead of PRESEC who scored 17pts with KNUST Securing 9pts.

At this point it was clear the remaining show was going to be tougher, and both school were on tenterhooks.

Next was the speed race, round two, where the Mfantsipim’s contestant James Owusu Appiah was going to lead the crusade to totally mesmerize and disarm the five-time champions PRESEC from making any come back in the subsequent rounds. 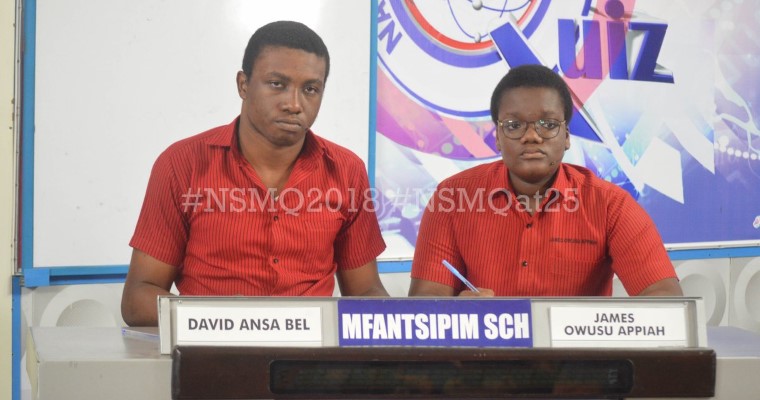 The speed race round, one watching will conclude caused PRESEC’s defeat as the rule was a deduction in point for any wrongly answered questions, meanwhile the Mfantsipim boys had answered almost all the speed race questions.

And by the end of round two the Kwabotwe boys had taken over the entire auditorium. 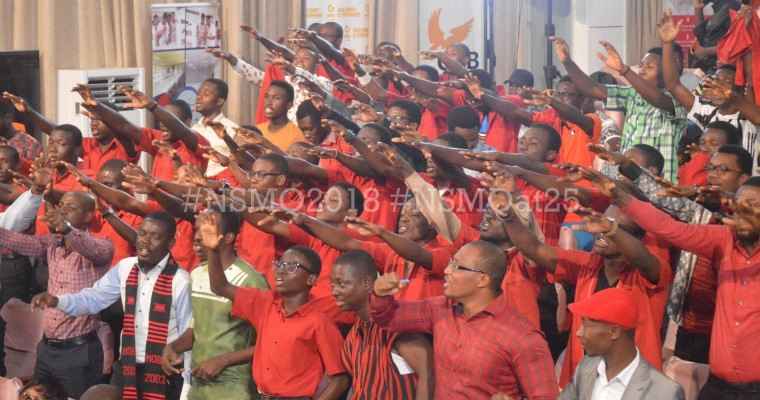 The score at this point almost immediately broke the hearts of the PRESECANS. It was Mfantsipim’s 31pts against PRESEC’s 11pts with KNUST SHS’s 11pts as well.

It was indeed a heart break, PRESEC hard dropped from 17pts to 11pts by end of round two.

The ƆdadeƸ were hoping they could secure a perfect 10pts from the problem of the day to give them a chance at chasing and overtaking Mfantsipim. But as fate will have it that hope was dashed, though they scored the highest point of only 4pts.

Next line of hope was the true/false round but the Mfanstipim boys will not give PRESEC any briefing space, no matter how hard they pushed. It ended with Mfantsipim’s 47pts as against PRESEC’s 28pts while KNUST SHS managed 17pts.

Then came the final round which will break the camel’s back, howbeit with a much gain for the PRESECANS.

Clearly at this round it was obvious Mfantsipim had sent PRESEC packing their bags back home, but with a walking distance to their school from UG campus.

This clash, was as if it was a football clash between Manchester United and FC Chelsea. It was a match of the reds and blues.

Congratulations to all contestants from both schools. You are all winners and indeed genius, and you made NSMQ 2018 exciting and set the tone for something bigger come 2019. 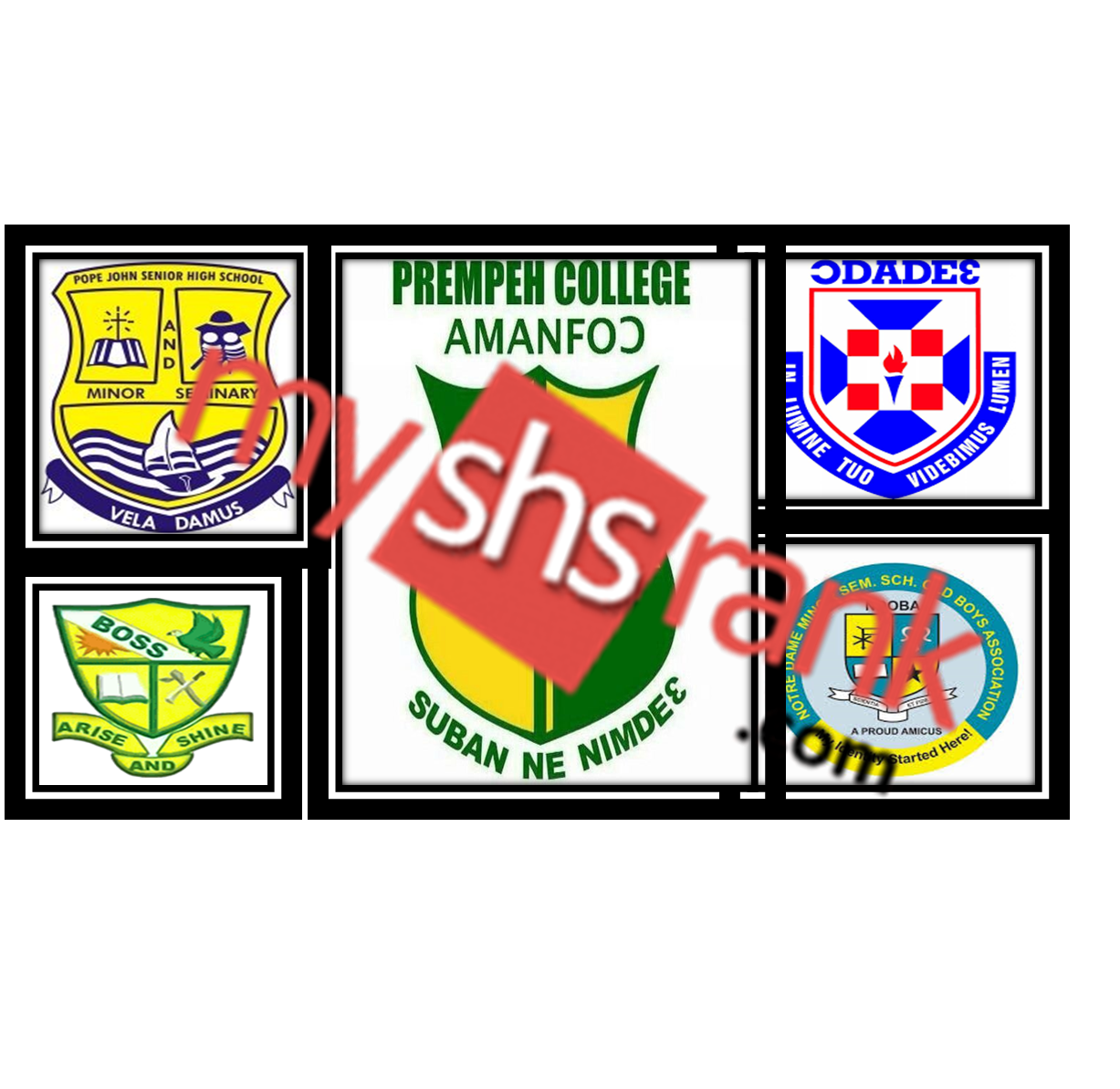 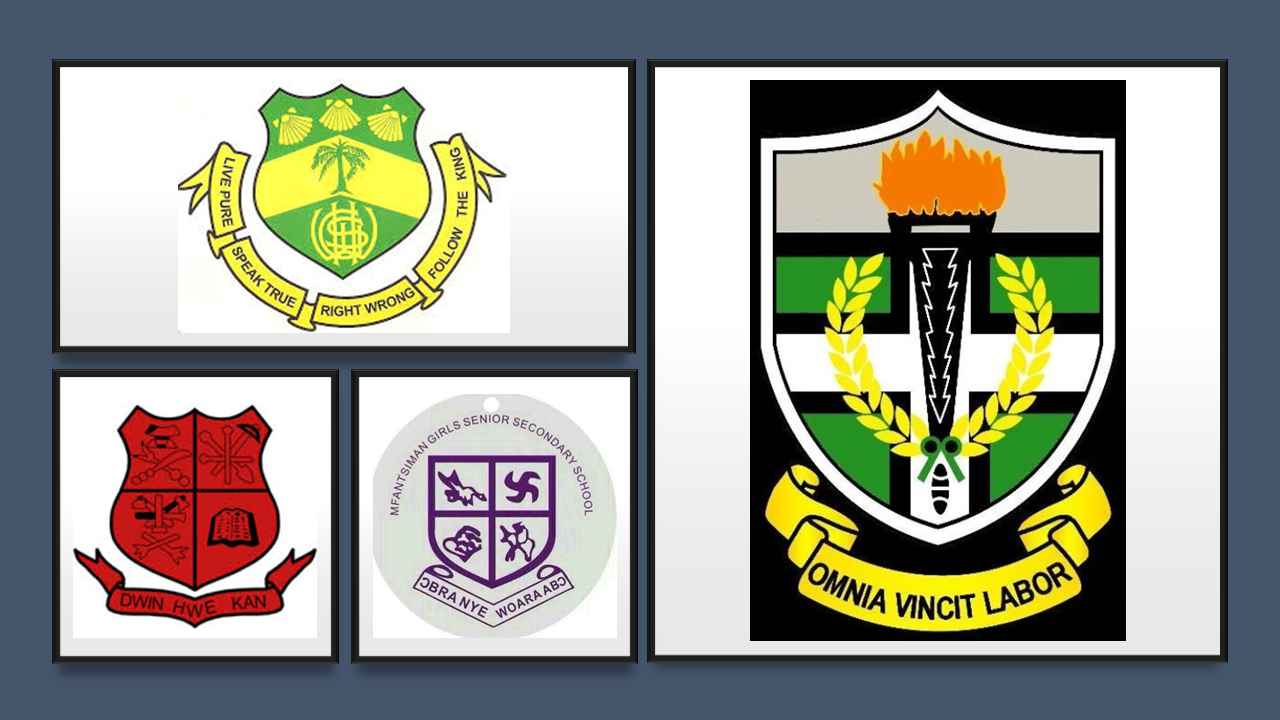