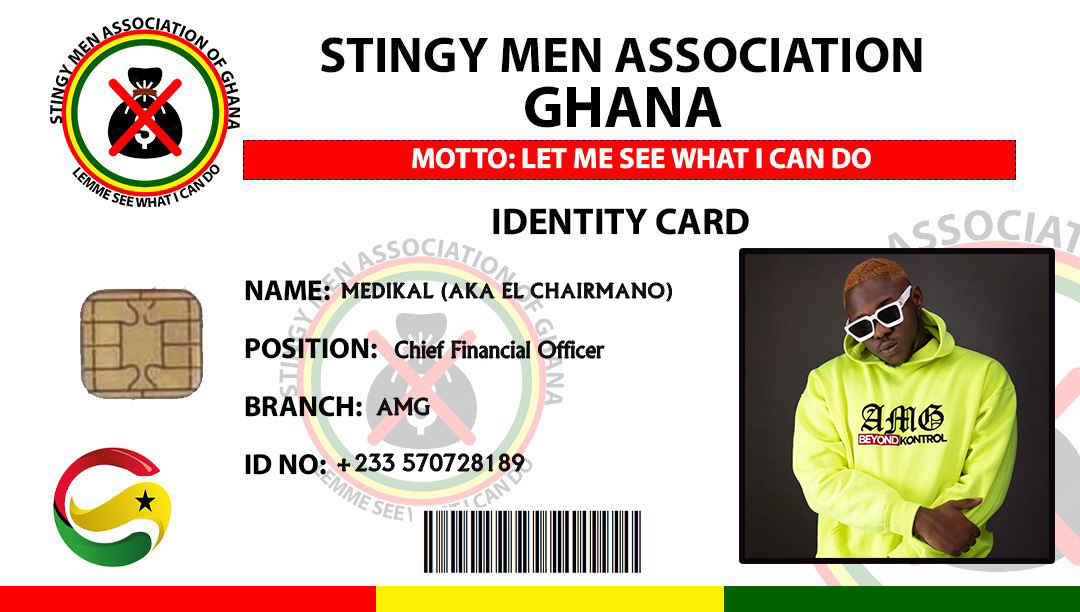 Medikal does not want to toe the lines of Sarkodie as he declines to join the virtual group Stingy Men Association.

Moments ago, rapper Sarkodie happily accepted to join the Stingy Men Association and even said he feels disrespected for being left out.

That move by Sarkodie gives credence to the popular notion that the rapper is stingy and does not like to give out money freely.

Well, Medikal was also invited to the group, a membership card was created for him, but the Arab Money Gang signee clearly has enough money to blow and has declined to join the Stingy Men Association.

It is certainly not his thing to be stingy like Sarkodie who has publicly said he is.