Man 'stands' with lions in photos, says he is conquering his fears 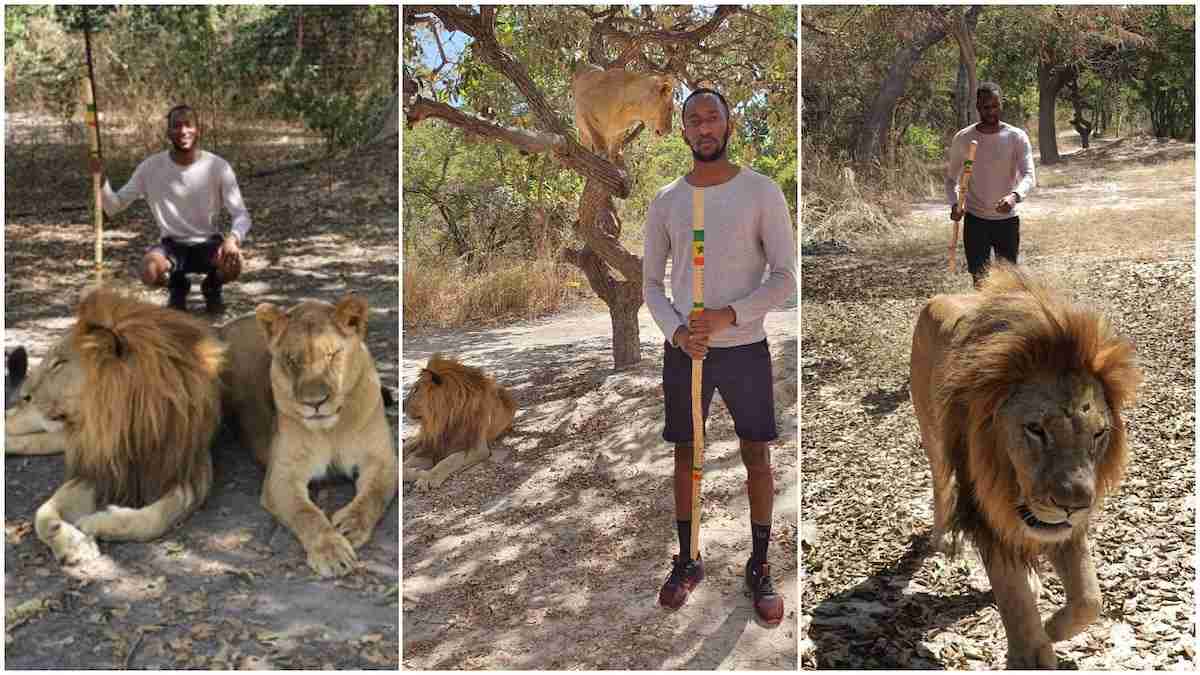 A Nigerian man, Sani Yusuf, has set social media abuzz with photos of him posing with a pack of lions.In the first frame, he 'stood' some meters behind a lion and its lioness as he held a stick that looks like the one used by shepherds. The second picture has the lioness standing on a tree and the other lying at the foot of same tree. In the third shot, the animal was captured in a motion mode as Sani 'walked' behind.

@MahmoudTokura said: "Cowards live longer. Let the bush remain between me and them Amen."

@LKrukrubo shared a similar experience: "Twas a scary experience but I'd do it over and again... There's something magical being so close to those lions... Tigers tho are a different story, even the feeders and breeders don't dare stray to the Tigers den. Tigers are way too deadly and unpredictable.