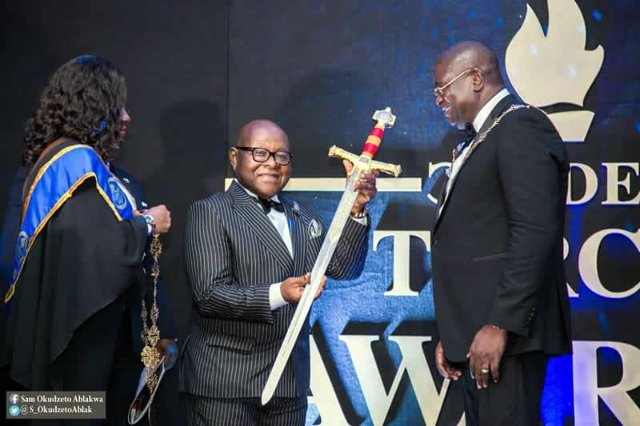 The honour was also was in recognition of his commitment to the ideals and growth of his Alma Mater.

This was at the maiden edition of the Odadee Torch Awards organised by the PresecOld Boys Association.

The Grand Companion Award which is the highest award was also conferred on President Nana  Addo Dankwa Akufo-Addo, who is an Honorary Old Boy of Presec.

In his remarks, the Speaker of Parliament recounted fond memories of his school days and urged all alumni and current students to live by the words of the school anthem: “For Christian training we get, and a sure solid foundation to take our places in the future of our country and church”.

“Our anthem is unique. It was not an adopted hymn but well-crafted conceptualisation of a vision. This has been the root of our achievements and should forever drive us to higher achievements through all generations yet to come,” he said.