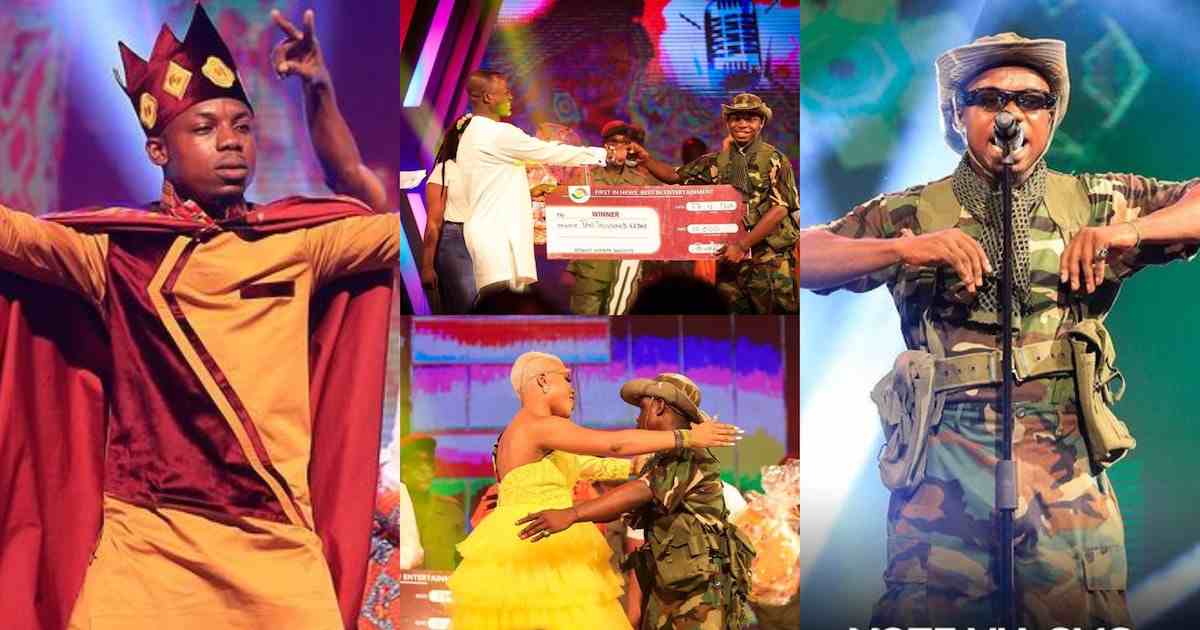 Bany, a member of Adina Thembi's South Western Zone, won at the finals held on Sunday, December 27, 2020. The rapper fended off stiff competition from three others, Ayeyi, Semenhyia, and Netty who placed second, third and fourth respectively.

His masterful performances got judges and the audience at the finals in a frenzy mood as they jammed and hailed him. By his win, Bany has taken the grand prize of a brand new car, Ghc10,000, a trip to Dubai and GH¢50,000 worth of airtime across all Media General platforms as well as having two mastered songs recorded.