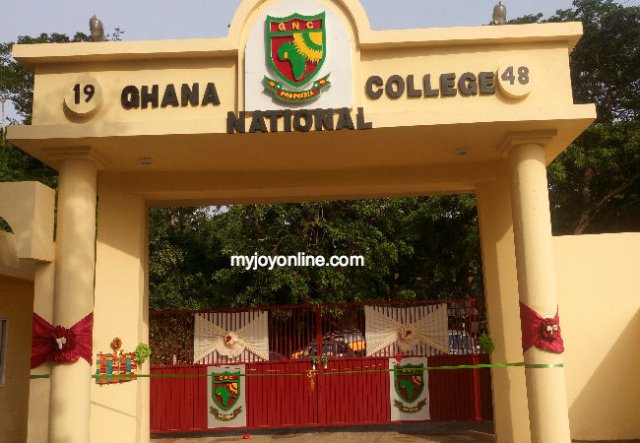 The step-son of the MP for Cape Coast North and Deputy Works and Housing Minister, Barbara Ayisi, has been arrested at Ghana National College for allegedly raping a Form 1 girl in the school.

Frederick Ayisi, 21 and a Form 3 student is the son of Kojo Ayisi, the Communication Director of the National Disaster Management Organisation (NADMO).

The suspect is said to have invited the girl over to a place outside the school and forcibly had sex with her.

His action got to the attention of the school authority who lodged a complaint with the police for the suspect to be arrested.

Joy News’ Richard Kwadwo Nyarko said when the incident happened, the parents of both students were invited to the school for a meeting prior to the arrest of the suspect.

According to the Domestic Violence Victims Support Unit (DOVVSU) they have sent the docket to the Attorney general for advice and will subsequently send the case to court.

A psychologist has been invited to talk to the victim.