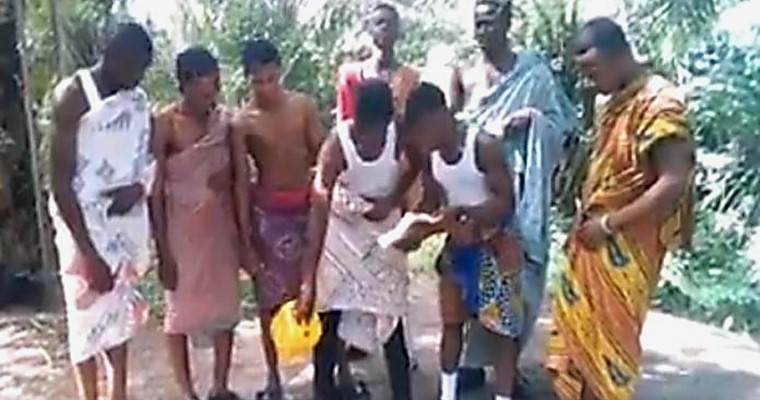 In the video, the students, who are in their final year in Kwamang Presby SHS, are gathered at a spot and dressed in traditional clothes.

The leader, whose identity is yet to be established, begins with appellations to God, the school, and other persons and institutions.

He then establishes the reason for which they have met, saying they only seek to commemorate the end of an academic year.

He then singles out Science as the worst academic challenge they faced while on campus but proceeds to establish that the subject aids one in tertiary educations.

The unnamed student adds that they would bravely go all out to ‘defeat’ Science when they sit for the West African Senior School Certificate Examination (WASSCE).

He doesn’t end there; he goes on to say that Science exposed them to huge financial burdens, big books and lots of assignments.

As if that wasn’t all, they were taught topics which to date goes beyond their scope of thought.

He wraps up by calling on prominent philosophers such as Aristotle and Archimedes to help them ‘bury’ Science once and for all.