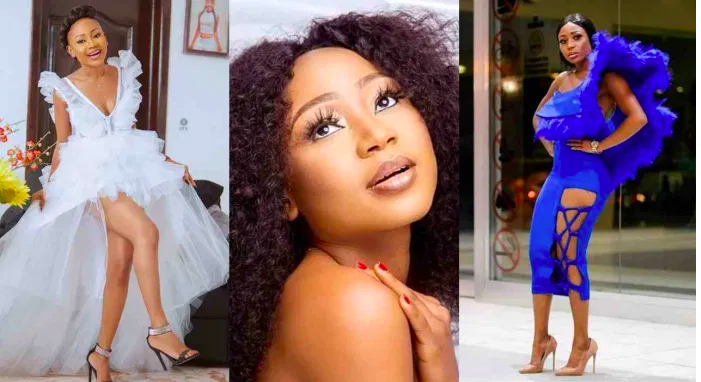 Self-acclaimed actress, Akuapem Poloo after going to and fro in the court for bombarding the brain of her son with her nakedness has taken another weird action on social media.

Akuapem Poloo showed her b00bs tightly fixed in her relatively expensive bra as she teases her fans especially the males after she uploaded it on Instagram.

This time, she gave social media users a free show of her b00bs. Sharing the photo, she wrote; “Guys forgive I’m under pressure 😌”

As said earlier Akuapem Poloo was dragged to court over a promiscuous photo she shared some time ago and once again, she has shared another one and we don’t know what will be next action by the judges.