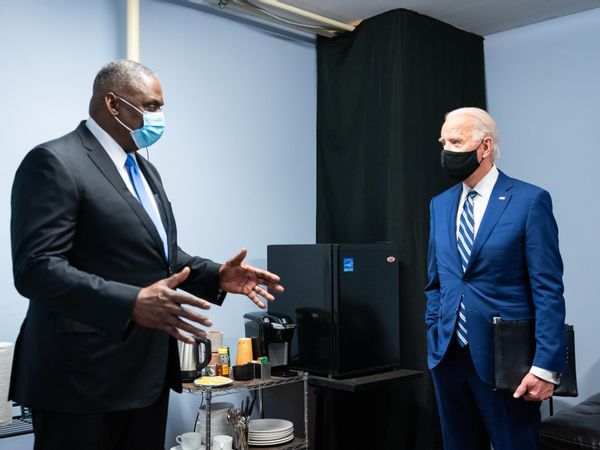 Lloyd Austin has become the first African American to be appointed the Secretary of Defense in the United States.

He described his appointment as a privilege to serve his country.

“It’s an honor and a privilege to serve as our country’s 28th Secretary of Defense, and I’m especially proud to be the first African American to hold the position. Let’s get to work,” he said in a tweet.

It’s an honor and a privilege to serve as our country’s 28th Secretary of Defense, and I’m especially proud to be the first African American to hold the position.

Let’s get to work. pic.twitter.com/qPAzVRxz9L

He added “Terrific to speak with@jensstoltenberg today, the first call I’ve made in the job. Reiterated the steadfast commitment of the U.S. to the  @NATO Alliance and our appreciation for the teamwork and relevance our allies bring to missions around the world. #WeAreNATO.”

Lloyd James Austin III, born August 8, 1953, is an American retired four-star Army general who has been the United States secretary of defense since January 22, 2021.

Before CENTCOM, Austin was the 33rd vice chief of staff of the United States Army from January 2012 to March 2013, and the last commanding general of United States Forces – Iraq Operation New Dawn, which ended in December 2011. He retired from the armed services in 2016 and joined the boards of Raytheon Technologies, Nucor, and Tenet Healthcare thereafter.

Austin was born on August 8, 1953, in Mobile, Alabama, and raised in Thomasville, Georgia. He graduated from the United States Military Academy (West Point) with a Bachelor of Science degree in 1975, where he was the company commander of G1.

He later earned a Master of Arts degree in counselor education from Auburn University’s College of Education in 1986, and a Master of Business Administration in business management from Webster University in 1989. He is a graduate of the Infantry Officer Basic and Advanced Courses, the Army Command and General Staff College, and the Army War College.