The Tafo-Pankrono Divisional Police Command has launched an investigation into the death of a 19-year-old student of Osei Kyeretwie Senior High School in the Ashanti Region. 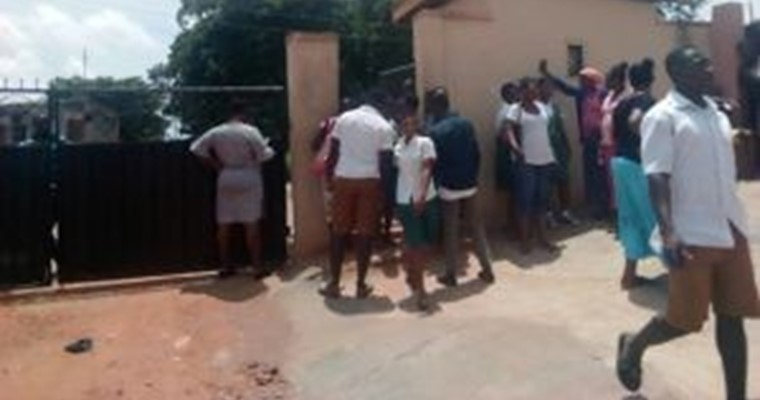 The deceased, Godfred Arthur, is reported to have been stabbed in the neck by an unknown assailant who attacked the school at about 10pm on Wednesday, 9 May 2018.

The motive of the attack is not known but scores of parents have stormed the school’s premises to demand answers from school authorities who are tight-lipped.

Reports say the assailants invaded the school at about 10 pm last night and attacked the students.

Two persons have since the attack, been arrested by the Kumasi police in connection with the gruesome murder of a final year student of Osei Kyeretwie Senior High School, Wednesday night.

Brief History of the School 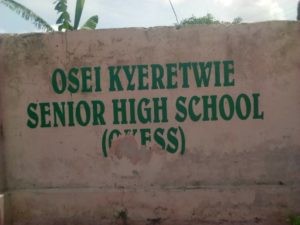 Osei Kyeretwie Senior High school (known as OKESS) was established in July 1937 as the first secondary school in the Asante region. The school, formerly known as Asante Collegiate started as a private educational institution with just a handful of all boys’ students by the late Rev. J.T. Robert.

After many years of private management, the school was taken over by the ministry of education in September, 1958; relocated it to Dichemso in September 1968; and renamed as Osei Kyeretwie (after Nana Sir Osei Ageyman Prempeh II, Otomfuo, the Asantehene) who was known in private life as Obarima Osei Kyeretwie .

In 1970, the current Tafo site of about 168-acre land was allocated to enable the school build permanent campus; the school has through 34 years operated from both the Dichemso and Tafo campuses.

Following persistent pressures to move, the government eventually agreed and moved the whole school to the new site at Tafo in 2004. The philosophy or motto of the school is ‘’service to God and humanity”. Products of the school are affectionately called ‘’AHENEMAA’’…princes and princesses. [ citation needed ]