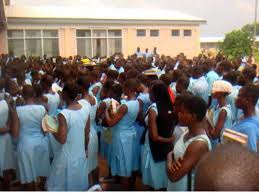 About twenty students of Fumbisi Senior High /Agric School in the Upper East Region collapsed between Sunday and Monday after allegedly seeing ghosts lurking on campus, a situation which has caused the management to send all students home and shut the place down temporarily until further notice.

Three of the students collapsed on Sunday night and 17 more on Monday.  sixteen of those taken to the Sandema Government Hospital have been discharged. 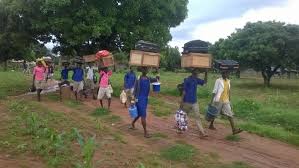 As a result of the ghost scare, some students went on the rampage over the mysterious mass fainting of their fellow students – a situation which compelled the school authorities to shut down the place.

The series of strange events led a bit of chaos on the school’s campus, with some students refusing to take their lunch.

The DCE for Builsa South, Daniel Gariba, later confirmed the closure of the school in an interview.

According to him, the decision was taken in order to forestall any unforeseen mayhem on campus.

Meanwhile, the District security council says it is currently investigating the issue